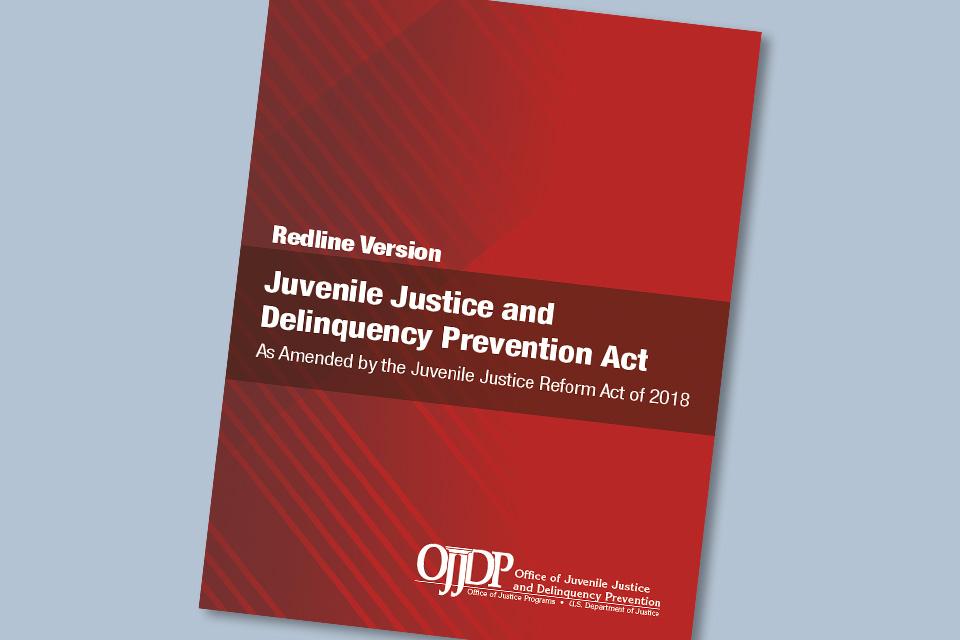 In November 2002, Congress reauthorized the JJDP Act. The reauthorization (the 21st Century Department of Justice Appropriations Authorization Act, Pub. L. No. 107-273, 116 Stat. 1758) supported OJJDP's established mission while introducing important changes that streamlined the Office's operations and brought a sharper focus to its role. The provisions of the reauthorization took effect in FY 2004 (October 2003).

In December 2018, the Juvenile Justice Reform Act (JJRA) of 2018 was signed into law, reauthorizing and substantially amending the JJDP Act. The amendments made by the JJRA became effective in FY 2020 (October 1, 2019). Review the amended JJDP Act and the redlined JJDP Act publication, which allows users to see and track changes implemented by the new law.

Information is available to assist states in monitoring and achieving compliance with the core requirements specified in the Juvenile Justice and Delinquency Prevention Act.

In addition to the JJDP Act, other pieces of legislation are relevant to OJJDP and its policies and priorities; several are listed below. The United States Government Publishing Office (GPO) govinfo website provides free public access to official publications from all three branches of the federal government. Search for public and private laws enacted from the 104th Congress to the present on the govinfo website.